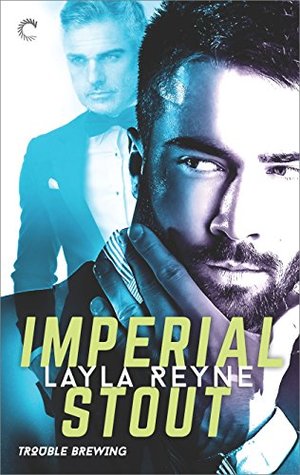 Summary: It’s a good thing assistant US attorney Dominic Price co-owns a brewery. He could use a cold one. Nic’s star witness has just been kidnapped, his joint operation with the FBI is in jeopardy, his father’s shady past is catching up with him and the hot new special agent in San Francisco is the kind of distraction best handled with a stiff drink.

Kidnap and rescue expert Cameron Byrne has his own ideas about how to handle Nic, but his skills are currently needed elsewhere. The by-the-book FBI agent goes deep undercover as a member of an infamous heist crew in order to save Nic’s witness, break up the crew and close the case before anyone else gets hurt. Nic in particular.

Things heat up when Cam falls for Nic, and the witness falls for Cam. As the crew’s suspicions grow, Cam must decide how far he’s willing to go—and how far into his own dark past he’s willing to dive—to get everyone out alive.

This book probably would’ve been a little bit easier for me to understand if I had previously read the series which it had spun off of.

Since I did not, I was in for a tiiiiny bit of confusion. And when I say tiny I mean that there was a few times where I actually found myself re-reading things, and whole chapters to make sure I understood what the heck was going on.

That being said, the banter, camraderie and teamwork between almost all of the characters in this novel kind of made it for me.

Cam and Nic made up the rest. They were interesting enough to keep me looking, and trying to imagine the scenarios they found themselves in. The backstory was there just enough to keep me from putting down the book and wondering if I should read the whole other series first.

It was refreshing in a way to have there be two characters who were within the LGBTQIA+ family and not have it be the end of the world for other characters, like some huge big thing. Because frankly it shouldn’t be. The two characters were accepted, without argument. It was nice. I enjoyed it.