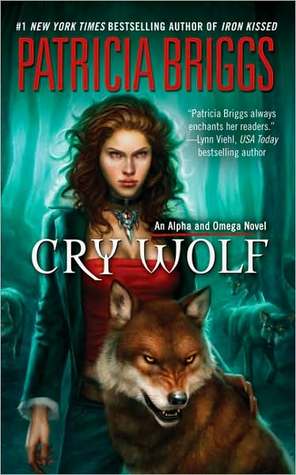 Series: Alpha and Omegas aka The Mercyverse

Anna never knew werewolves existed, until the night she survived a violent attack… and became one herself. After three years at the bottom of the pack, she’d learned to keep her head down and never, ever trust dominant males. Then Charles Cornick, the enforcer—and son—of the leader of the North American werewolves, came into her life.

Charles insists that not only is Anna his mate, but she is also a rare and valued Omega wolf. And it is Anna’s inner strength and calming presence that will prove invaluable as she and Charles go on the hunt in search of a rogue werewolf—a creature bound in magic so dark that it could threaten all of the pack.

It is recommended you read the prequel “Alpha & Omega” before reading Cry Wolf.

The second book chronologically in the Mercy-verse, which is the order I decided to re-read this series in this follows Moon Called, and the novella Alpha and Omega which you definitely need to check out before reading this one or it might not make much sense.

Anna is a character borne of a vulnerable situation with a whole lot of strength. So much strength that she isn’t even quite aware of it, but those around her definitely are.

This novel also shows us more into the world of the Marrok, and his sons which is something I was so interested to see even from the time I read Moon Called. Bran seems like a gentle soul but he’s got a spine of steel, and an even tougher soul, which is shown in this novel.

Charles has a tough outer shell but a bit of a marshmallow centre when it comes to his mate, which definitely shows as well. He is a character with layers, unlike a lot of male characters in this genre.

The plot of this book is an intriguing one as well, melding the world of werewolves with long histories with the world of magic, witches and rogues.

It is a great book, very easy to imagine what is happening in your head.