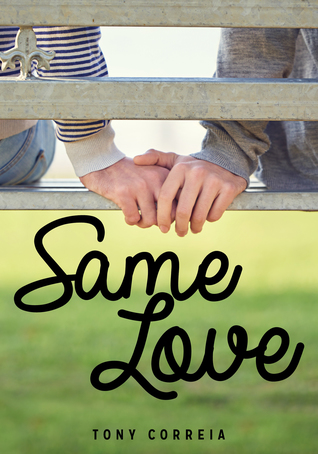 Silver Lining to Warnings: There are people, just like in the real world who do not stand for that bullshit.

At seventeen, Adam has suspected for a while that he might be gay. His sketchbook has become full of images of good-looking men, and he isn’t attracted to any of the girls he knows. When he reveals his feelings to his devout parents, they send him to a Christian camp, warning him that there will be no room in their lives for a gay son. The last thing Adam expects is to meet someone he is deeply attracted to; unfortunately, Paul is more committed to his Christian faith than Adam is.

Adam tries to bury his attraction to Paul by concentrating on his art and his new friends Rhonda and Martin. When it becomes clear how unhappy Rhonda and Martin are at Camp Revelation, Adam and Paul are both forced to question what the church tells them about love. But with a whole camp full of people trying to get Adam to change who he is, what kind of chance do Adam and Paul have to find love and a life with each other?

This book was well written, but in all honesty it made me feel quite tense through my reading of it. Perhaps because I knew a few people who would use their religion as a way to punish others whilst I was growing up.

There is an honesty to this book I didn’t expect, considering it is aimed toward a YA audience. Adam is a character who despite the adversity he faces sticks close to his ideals and who he is as a human, something that is truly hard to do at the age of seventeen especially.

The other characters, such as Paul were interesting as well but I did find myself wishing this book was just a touch longer, with more information about the other secondary characters such as Rhonda, Paul and Martin.

The racism and sexism inherent in this novel also served to rile me and make me feel uncomfortable, which I know was partially the point. It was realistic in its casual nature, as most people who believe in such things don’t even realize there is something wrong with being that way. It was nice to have a voice point out how wrong it is to treat women and minorities the way they were treated within this novel and are often treated in the real world.

Also whilst I can understand some people would be bothered by the “Stereotype” of Adam’s friend Mike I embrace his presence within this novel, as ignoring that gay people like that exist is an erasure in its own right.

Overall I would recommend this book to others, who are interested in different point of views on what it is like to be Christian members of the LGBTQIA+ community.